Skip to main content
Examples : Hotels, Hiking, Activity
Home / Experiences / Fishing with a float-tube in Jugon-Les-Lacs
-A +A
Back to list

Why stay on the shore when you can sit in the middle of the lake?

In the heart of a green valley, the lakes and ponds of Jugon are the perfect spot for a fishing party with the Maison Pêche et Nature. 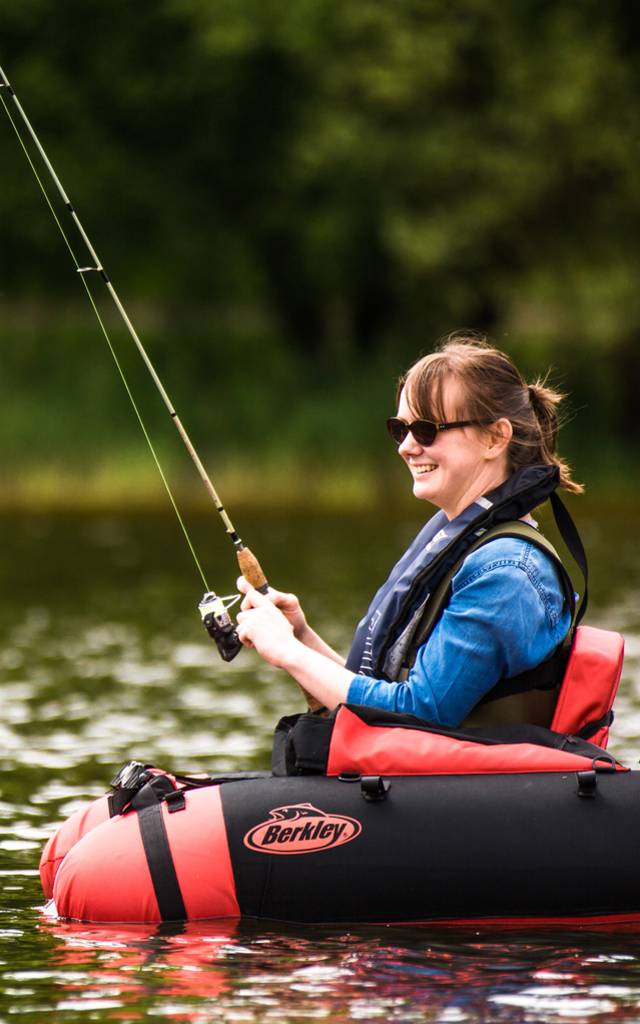 The Float tube is a kind of floating chair in which one settles to fish.

So why stay on the edge when you can sit in the middle of the lake? It looks so comfortable that I would see myself taking a nap in it.

We put on our suits and put the float tubes in the water. It's perfectly stable. In a short amount of time, we are at the center of the lake. Around us, there is only water, trees and of course the sky. I put the fishing rod over my head, and I throw it with a jerk in front of me. My line starts at full speed! Then you have to play with the hook and its lure to attract the fish. Let them run down, then bring them back to you little by little, then let them run again ...

Rozenn suddenly shouts in glee. She felt something. There is no longer a hook at the end of the fishing rod. "A pike had to bite and cut the wire," says Gildas.

A few minutes later, Laëtitia feels a jolts in her rod. She raises it and bends towards the water. Below the surface, we begin to see a struggling whitish form. The fish pulls so much that the tip of the rod dives into the water. Laetitia stands up and pulls again. The fish is coming out. Gildas arrives just in time to catch him. It's a beautiful pole.

Before releasing him, Laëtitia poses for the photo. 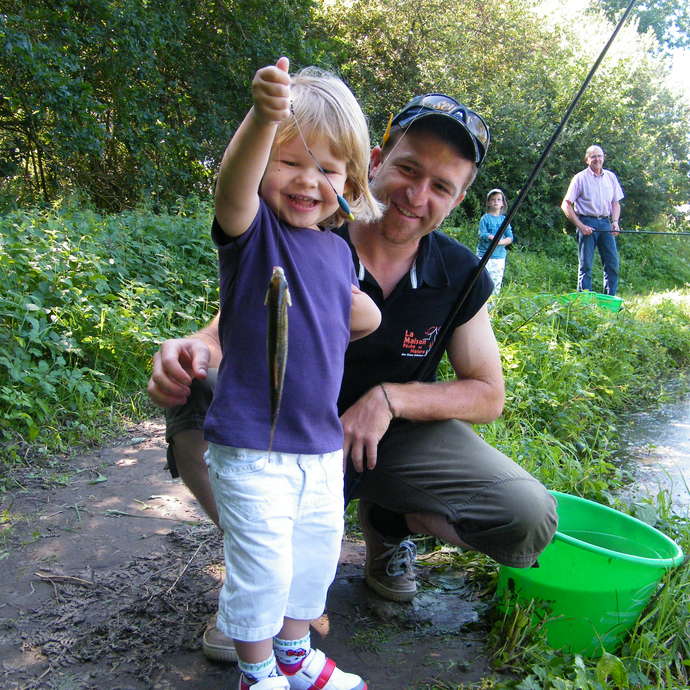